Being on the Homepage of Hacker News

I have to say, this was a big moment for me. When I started to gather feedback for FastComments it was terrifying. I started small on Reddit and got around 25 comments. When I first opened that thread I was terrified. I almost didn't want to read the feedback. What if it was terrible, what if it made me think I was wasting my time?

But, for the most part it was helpful. I think people found some issues right away that I fixed that night. So then the next step was Hacker News.

Over 111 votes and 65 comments! Wow! I had gotten over the anxiety of sharing the project at this point. I posted the link on Friday night on a whim, expecting to only get a few up votes and comments. Instead I woke up and it was #13 on the homepage: 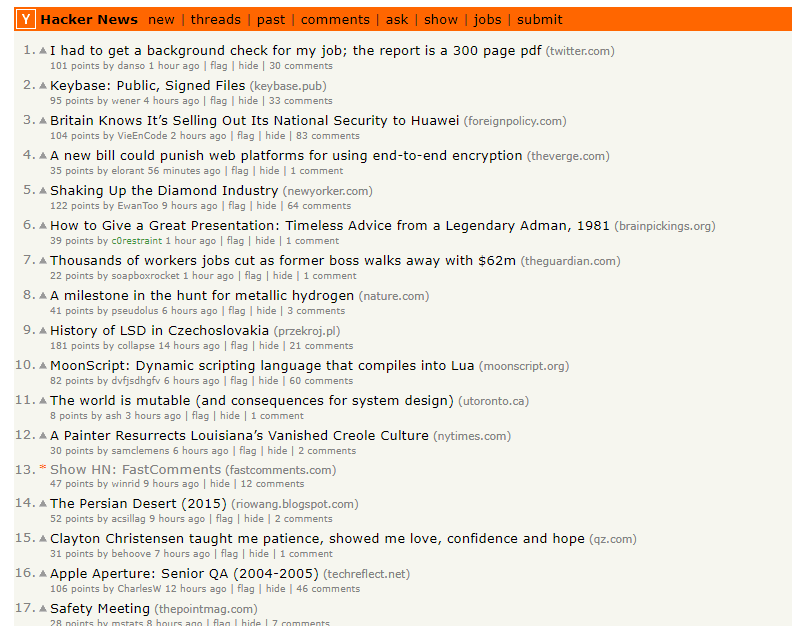 Heck, I was happy it wasn't flagged or something. You never know what will happen.

Overall it was really helpful. I got feedback on:

Also, I got to see how much traffic you actually get when this happens. I think the peak load on the server (not enough traffic to enable horizontal scaling yet, although that's coming) was like .3, and this isn't a big server. The app is well optimized though, so it's expected not to fall over. At the peak I think I was seeing something like five requests a second. Not terribly high.

People also left hundreds of comments on the Demo Page, so they were pretty engaged.

You'll see the comment count on the demo page is less now since a lot of them expired, which is one of the features of FastComments.

Using the Analytics page of the dashboard on FastComments we can see when the spike occurred: 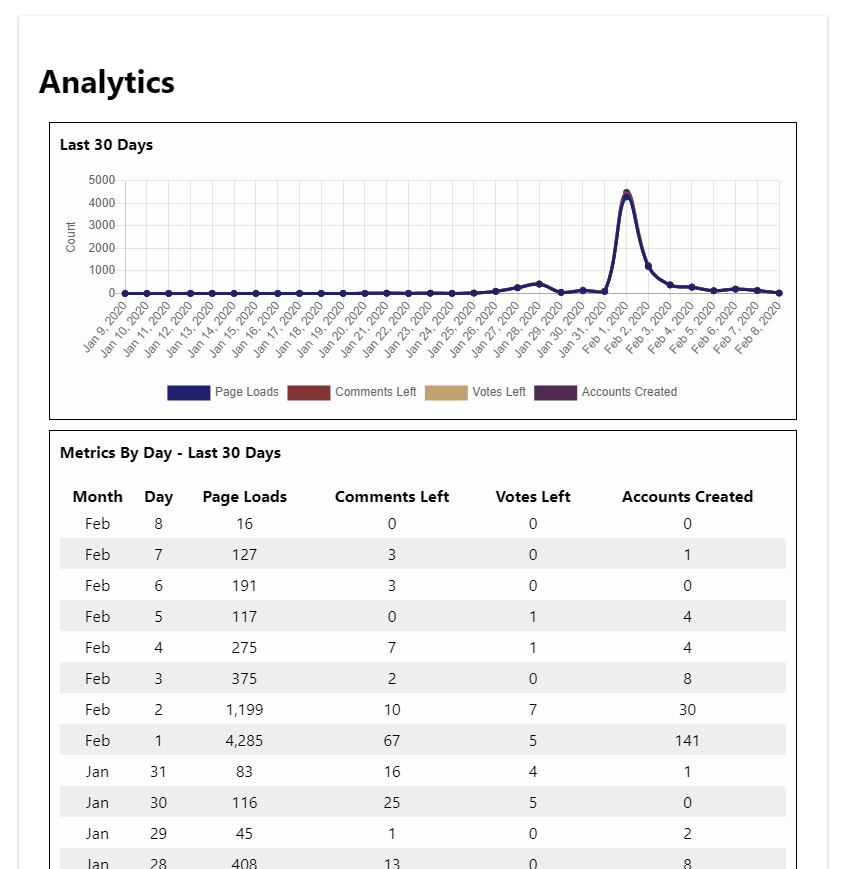 I posted the link on Jan 31st, and on Feb 1st over four thousand people viewed the demo page, 67 people left comments, 5 people voted, and 141 commenter accounts were created.

I also got one paying customer. I added the "add FastComments to a website" link to the demo page a little to late.

Another self plug - the Watch.ly Daily shows the overall traffic to the homepage and user retention time: 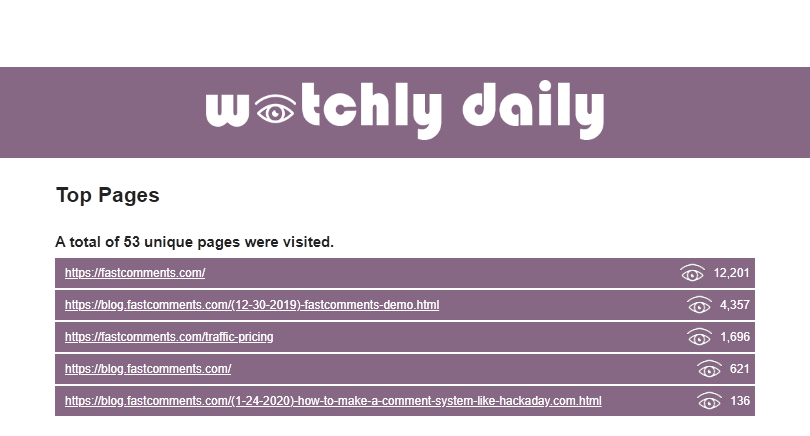 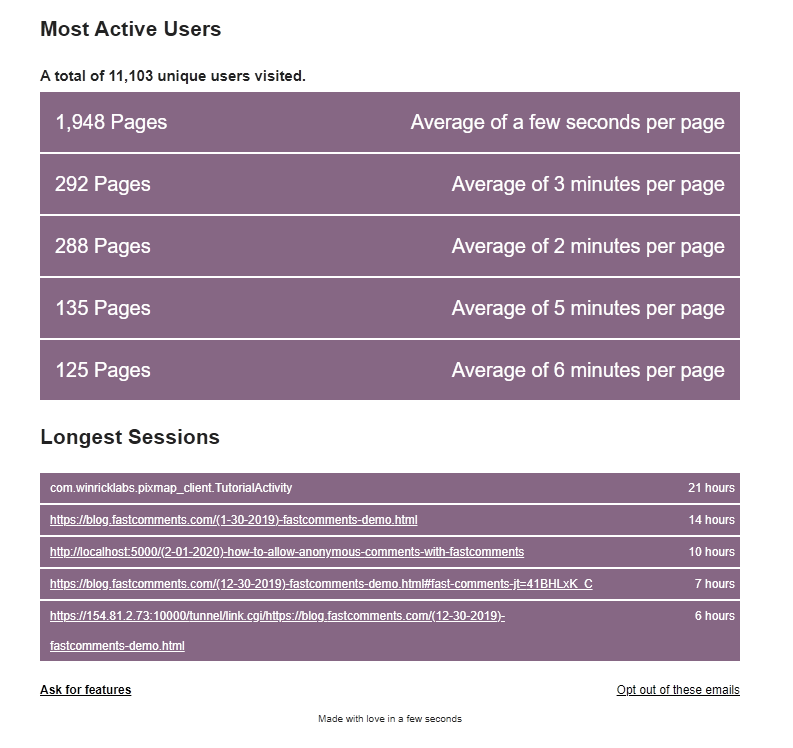 As you can see there were 12k hits to the homepage, around 11k being unique. Watch.ly also shows session time. It looks like someone left the tutorial open in one of my apps so that's why that's on the top.

I also got a ton of requests from random scripts that people were writing. One person sent thousands of requests at once as some kind of test.

I saw requests from HTTP clients written in Go, Ruby, and Node. Who knows what people were doing. If you make an API people will abuse it.

Overall this was a really good and useful experience. I don't think you should expect to get your users from HN but the feedback was useful in my case.